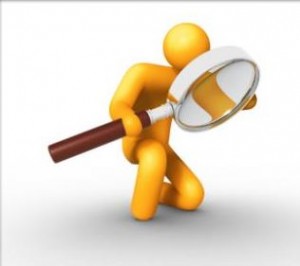 On last week’s podcast, I discussed a news article that looked a study that claimed that ‘clean eating’ led to calcium deficiencies and brittle bones; that removing dairy (as well as other food groups such as sugar) could be detrimental to your health. However, after carefully looking at the article, one could see that it was extremely vague and gave no specifics as to what the study participants ate. There’s no way to tell if the participants were eating a varied whole food plant based diet which is the recommended diet for ‘clean eating’, at least by me. Also, the so called “experts” weighing in on the study gave advice that was just as vague as the study itself. I’d be willing to bet that if one, or all of them, recommend dairy, that they are somehow linked to the dairy industry (an industry that is getting increasingly worried about the massive swing away from dairy consumption). I may sound like a conspiracy theorist, but it happens more recently than you’d think; the study financiers, doctors, professors, etc,… tied somehow to an industry looking for a desired result from ‘study’.

What you’ve got to do is look at the facts. Dig a little but into multiple studies about what dairy does to your bones (other serious health complications aside, for the sake of this argument), and you’ll find out that dairy does, in fact, leech your bones of calcium and make them more brittle. Then dig a bit into some research on plant-based calcium sources and a WFPB diet and you’ll find out that plants have more calcium than dairy and actually build stronger bones.

It’s quit astounding really, that news article. Not only is it completely false, but it could potentially cause serious damage to the health of massive numbers of people who believe it. I implore you to listen to the podcast from April 14th, in which I talk, in detail, about the flaws in the article and share it, and your feelings, with anyone you know who may be at risk for being duped by it. Most people simply aren’t aware of the fallacies in an article like this so it’s on you, and me, to spread the word. Remember, we don’t know what we don’t know.