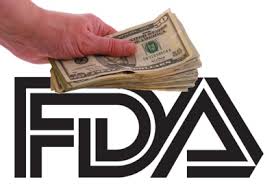 On this week’s podcast, I talk about the corruption of the FDA (the Food and Drug Administration). Here’s what you need to know. In June of 1906, the FDA is founded. Though the FDA was founded in 1906, its origins can be traced back to the appointment of a man named Lewis Caleb Beck who worked in the Patent Office in 1848 and was assigned to carry out chemical analysis of agricultural products. The Department of Agriculture “inherited” the job of chemical analyses in 1862. So even though the FDA wasn’t technically formed until 40 years later, it’s infancy started long before. The “FDA” wasn’t known by its present name until the 1930s, when they created the image of protecting public health…which is far from the truth.

In the 1970’s, Dr. Stanislaw Burzynski found a non-toxic gene-targeting cure for even the most lethal forms of cancer. There’s a great documentary called Burzynski that is available on Netflix for DVD/Bluray renatal and I highly reckoned it. The FDA spent the next thirty years burying his progress by continually suing him, raiding his office and stealing thousands of his confidential patient files.

In the early 1980s: Genetically Modified Organisms (GMOs) are inserted by gene transfer into staple crops in America, like corn, soy, cottonseed and canola. This is the first instance of GMO integration with our crops that are used for consumption. What’s more is that GMOs were never approved by the FDA. For nearly thirty years, Americans have been consuming crops that contain foreign mutations of pesticide genes that kill bugs, weeds, and, ultimately, human cells. Americans have been consuming genetically modified organisms that do not occur naturally in food and would never find their way into the human digestive tract, blood, brain and cleansing organs like the kidneys and liver. Theres “foods” were never even approved for growth, manufacture, distribution or sale to the people of this country!

The American Academy of Environmental Medicine (AAEM) issued a warning urging the public to avoid GMOs and called for a moratorium on them until long-term, independent studies can prove their safety. They also called for labeling of GMO food products on the pachaging. The FDA opposes these labels, claiming they would be expensive and confuse the public. In my opinion, the only confusion would come about when someone got chance and didn’t know why and, furthermore, why there is no cure for a disease that is so rampant (even though you and I both know there is a prevention and cure). Ingredients have always been required to be listed on the package of products, shouldn’t chemical pesticides be required on the list as well?

Genetically modified corn and cotton, purposely engineered to create their own built-in pesticide called Bt (Bacillus thuringiensis), have been linked, in several studies, to bring about intense allergic and immune reactions and even death. Since the levels of Bt produced in the crop represent thousands of times more of a concentration of Bt than natural Bt spray, the effects are greatly amplified. Genetically modified tomatoes fed to rats have been shown to cause bleeding in the stomach and eventually killed many of the rats.

The genes present in the genetically modified organisms transfer into the DNA of intestinal bacteria, the good bacteria that digests food and maintains bodily health; I’ve talked about the importance of our gut flora numerous times and how it relates to out immune system. The permanent, deadly implications of these alterations are astounding, since intestinal flora is crucial for immunity and health and fighting off infectious diseases. If you think about it, it’s no wonder the FDA does what it does with GMOs; you eat what they say is ok and then you get sick so you have to buy the chemical meds that they control with their other hand. They are making you sick and then charging you for pills to mask the symptoms.

The FDA and Monsanto have incredible collusion that most people don’t know is going on. For example, Monsanto was required to submit a scientific report on a growth hormone called rBGH to the FDA so the agency could determine the growth hormone’s safety when consumed by the general public. A woman by the name of Margaret Miller, a Monsanto employee, put the report together, and in 1989 shortly before she submitted the report, Miller left Monsanto to work for the FDA. Guess what her first job was…that’s right, she was put in charge of determining whether or not to approve the report she wrote for Monsanto. The bottom line is that Monsanto approved its own report. Miller was assisted by another former Monsanto researcher, Susan Sechen, who was then working for the FDA

In an article titled “Not Milk: The USDA, Monsanto, and the U.S. Dairy Industry” Ché Green, founder and director of The ARMEDIA Institute, a nonprofit research and advocacy organization focusing on farm animal issues in the United States, writes that, “The results of the study, in fact, were not made available to the public until 1998, when a group of Canadian scientists obtained the full documentation and completed an independent analysis of the results. Among other instances of neglect, the documents showed that the FDA had never even reviewed Monsanto’s original studies (on which the approval for rBGH had been based), so in the end the point was moot whether or not the report had contained all of the original data.”

As if the FDA didn’t already seem corrupt enough, it handed Michael Taylor the responsibility to make the decision as to whether or not rBGH-derived milk should be labeled. Michael Taylor, who had previously worked as a lawyer for Monsanto, was currently the executive assistant to the Commissioner of the FDA. In 1994, Taylor ended up writing the rBGH labeling guidelines that prohibit the dairy industry from stating that their products either contain or are free from rBGH. Even worse, to keep rBGH-milk from being “stigmatized” in the marketplace, the FDA ruled that the labels of non-rBGH products must state that there is no difference between rBGH and the natural hormone.

These sample stories are just a tiny fraction of the hundreds of corrupt stories that are linked to the FDA. So before you go believing that what they recommend is safe and healthy, think again. Remember what I always say; there is no money, for the government, in healthy people.