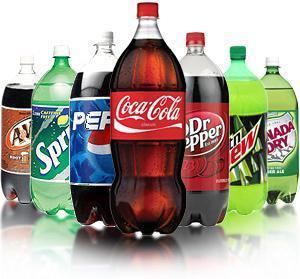 There are so many reasons to stop drinking soda. Here are some of the most compelling reasons that will, hopefully, make you think twice before cracking that next can of pop.

A single can of soda contains about 10 teaspoons of sugar. Sugar in this quantity, especially in liquid form, massively elevated blood sugar levels and causes a sudden insulin reaction in your body. Extrapolate this over time and it can lead to diabetes or insulin resistance, not to mention weight gain and a myriad of other health problems. Soda companies are the largest user of sugar in the country.

Soda also contains phosphoric acid, which screws up the body’s ability to absorb calcium which can lead to osteoporosis, cavities and general bone softening. Phosphoric Acid also interferes with stomach acid which will slow digestion and block nutrient absorption.

Aspartame is used, in diet sodas, as a substitute for sugar, but this doesn’t mean that it’s any safer. In fact, it can potentially be more harmful than sugar. It has been linked to about a hundred different health problems including seizures, multiple sclerosis, brain tumors, diabetes, and emotional disorders. Aspartame converts to methanol in warm temperatures; methanol breaks down to formaldehyde and formic acid. Diet sodas also increase the risk of metabolic syndrome, causing increased belly fat, high blood sugar and raised cholesterol. So if you think that drinking diet soda will keep you skinner and healthier, you are shit out of luck.

Most sodas contain caffeine, which has been linked to certain cancers, breast lumps, irregular heart beat, high blood pressure, and other problems. Caffeine is also addicting which can cause the individual mental and physical withdrawals when they don’t get their fix.

Soda companies also use basic tap water in their products which can contain chemicals like chlorine, fluoride and traces of heavy metals. This can lead to a slew of brain and body disorders including, but not limited to, mercury poisoning and Alzheimer’s disease.

A study done by Harvard researchers has positively linked soft drinks to obesity. The study found that 12 year olds who drink soda are more likely to be obese than those who do not. For each serving of soda consumed daily, the risk of obesity increased 1.6 times.

Sodas contain High Fructose Corn Syrup, which obviously comes from corn. Most of this corn has been genetically modified (thanks Monsanto), and our understanding  of genetically modified crops on the body in the long term is just not known, as genetic modification of crops has only been around since the 1990s. The process of making High Fructose Corn Syrup involves traces of mercury, which causes a variety of long term health problems as I mentioned before.

Soda is so high in sugar, sodium and caffeine content that it dehydrates the body and, over a long period of time, can cause chronic dehydration.

Lastly, soda is super awful for your teeth. Drinking soda regularly causes plaque build up  and can lead to cavities and gum disease.

There is simply ZERO nutritional value in soda. Period. There are, however, a ton of serious health risks. Switch to water and you’ll have more energy, feel better, and will remove all the potential harm that soda is causing to your body.