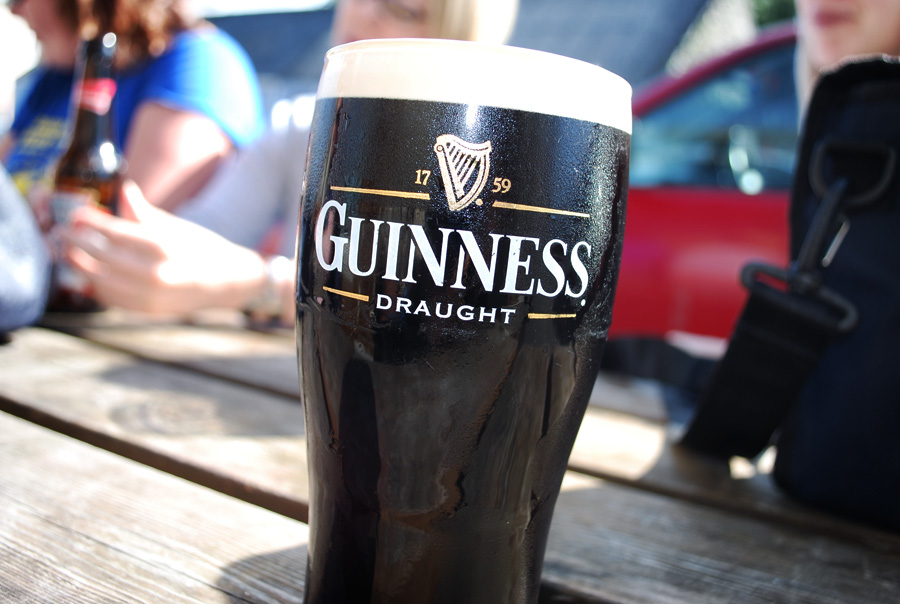 The Irish beer currently uses fish bladders as part of the brewing process.

Iconic Irish beer Guinness is going vegan. The company has announced it will stop utilizing fish bladders during the brewing process, reports The Independent, making it fully animal product-free.

Guinness currently uses isinglass, “a by-product of the fishing industry,” to clarify the beer by helping the yeast settle faster, but plans to switch to a a new, vegan-friendly filtering system in 2016. The Independent writes that “while large quantities of the agent are filtered out during the brewing process, there are still traces of fish bladders in the finished product” — something that didn’t sit too well with vegan beer lovers, who petitioned the brand to discontinue its use of isinglass.

The brewer’s use of fish bladders may seem gross, but it’s not at all uncommon: According to Stephen Beaumont, author of The Beer & Food Companion, “Isinglass has been used to clarify beer and wine for decades and perhaps centuries, but its use has declined precipitously in recent years with the advent of new filtration and centrifugal techniques.”

Adam Callaghan, beer writer and editor of Eater Maine, says consumers shouldn’t notice any difference on their end. “Plenty of breweries already use a vegan-friendly alternative [for clarifying] like BioFine,” he says, noting that more natural ingredients like Irish moss can also be used. “It’s the kind of move where you go, it’s probably cynical — but if it’s a good result, does the intention matter?”

Beer industry expert and author of the upcoming book The Year of Drinking Adventurously Jeff Cioletti agrees that the brewer’s move toward veganism won’t have much of an effect on consumers, saying, “It might be good PR for Guinness for a few days, but that’s about it.”

Plenty of big brands are making moves to cater to the vegan demographic lately: Hippie-leaning ice cream purveyor Ben & Jerry’s is planning to launch a vegan ice cream in 2016, and even Swedish furniture emporium Ikea has begun selling a vegan version of its famed Swedish meatballs (they’re made with kale). Last year Chipotle started serving sofritas, a vegan protein option made from braised, shredded tofu, and it’s now available in all of the burrito chain’s American stores.